Faith and The Details 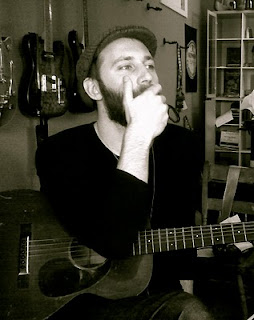 On New Year's Eve 2009, my dearest companion had carved out some private time for herself and her beautiful daughters, something of a parenthesis in our evening, or perhaps it was I who was the parentheses in their evening.  Having two of my own daughters, I understand the sacred space of Girlworld, and thus found myself with time to kill before Old Man Time introduced the new decade.

I decided to head over to my friend Alayna's, where a particularly lavish bash was simmering.  My friends Asher and Missy introduced me to a young man named Mat.

"Phil, do you know Mat Kearney?"

I had heard of Mat, a successful recording artist, but had never met him nor had I heard his music.

The next thing I knew, I was recruiting him to be a part of my non-gospel Gospel project.

We met for breakfast at Bongo Java, a Nashville hot spot, and talked about the project.  We discussed my recurring theme of wanting to send a positive message about God, to hopefully offset the frowning icon that much of Christendom has hung outside its impenetrable walls.

We retreated to his car, which was reassuringly messy; I felt right at home as we listened to the artists I'd already recorded for the project: Emmylou Harris, The Civil Wars, and yours truly.

A few weeks later, we met at the Bombay Bistro for a curry.  Enjoying the medium burn of some spicy Chicken Tikka Massala, we talked about life and love.  Mat was making wedding plans, bright eyed, and confident.  I spoke candidly, as is my way, trying not to imply that that I, a divorced man, was his future.  And yet, knowing that I represent half of all marriages: failed.

His joyous beginning juxtaposed with my sobering story was a metaphor for the way life is.  Our conversation was heavy and light, funny and sad, sad and funny.  We were both laughing by the time lunch ended.  Life is what it is.

We finally headed back to my studio, picked up our guitars and started exploring.  Mat's old mahogany Martin sounded beautiful, and as he played he sang whatever syllables seemed right.  This beautiful, non-sensical singing reminded me of the cult I'd belonged to 30 years before, Love Inn (the name always makes me shudder, but apparently didn't make me shudder when I joined), where people would erupt in melodic songs of ecstatic utterances, "tongues", they called it.   Could've been.  Whatever it was, it seemed earnest enough.

But when Mat's broken words flew, they were circling an idea, and eventually a song with real words began taking shape.   No interpretation needed.

A story started appearing, a story told in the first person, of a wounded man who is blessed with a child, then wounded by the cycle of her life, and finally left bereft, all the while wondering how God is found in the details, a question whose possible answers lead to more questions.

The writing of a song is sometimes a mystical experience, depending on one's methods and one's goals, and depending upon the chemistry between the writers.  An openness to the Muse means unchaining one's consciousness from an agenda, and a willingness to ride the wind.   Sometimes, the song writes itself, and when a listener later declares the writer "brilliant", the honest composer will know that something happened quite outside of him or herself.

Often, a writer's casually tossed phrase is snagged like a prize tuna by his or her co-writer, and a song is born.   More often, writers sit in silence waiting for the idea to surface.  And when one writes alone, it's my experience that personal drama, joy, pain, or circumstance must accompany the endeavor for one to achieve anything of substance.

Mat and I threw ideas back and forth, challenged each other's thinking, pondered silently, cutting and pasting, and rearranging letters as if playing Scrabble, until we had our song, which at the moment is called "Walking Over the Water".   We're living with the song, and in a few weeks, we'll gather again and record it.  By that time, a word or two will surface as unworthy of our piece, and we'll once again search for a sound or a syllable that fits.

In the meantime, the question of God in the details will continue to haunt me.   I thank God for my daily bread, while wondering if I've been chosen to be taken care of while some earthquake-ruined Haitian has been forsaken.   Something good happens and my first reaction is often "Thank God!"   I hate to tell you what my gut reaction is when bad happens, but it's rarely spoken in thankfulness.

Life is happening all around us, joy, love, happiness, prosperity, victory, yet not excluding death, loss, failure, sadness.    I wonder what it's like to be thankful on downside of the wave.

I'm not sure what to do with all my questions; I guess that means I'm not God.

Perhaps my constant questioning is yet another way to praise, not much different than the splashing sound of melodic tongues over a fathomless ocean of wonder, as if the nagging is yet another affirmation, proof, and exclamation circling the throne of God Almighty like countless singing Cherubim.
Posted by Phil Madeira at 12:07 AM

Your comments are welcome, and I will try answer any questions, if possible. Thanks for reading! pkm